Explode : ENTER or SPACE or TRIANGLE(PS)/X(NINTENDO) (Or on the screen)

Upgrade everything available: F or SQUARE(PS)/Y(Nintendo) (Or on the screen)

(Upgrades are availables if you have enought diamonds or rubis. If you are stuck, you might want to go back higher to get them !)

Go as deep as you can in this 2D drilling game !

Use water to cool down  your driller and remove lava.

Rubis can upgrade your heat resistance while diamonds help you drill harder rocks.

What's your best depth ? and score ?

Sounds all found on 99 Sounds or made by me

Hey! I came from the GWJ discord, here’s my review :)

The UI isn’t super clear about the upgrades. I don’t see how much minerals I need to upgrade.

It’s better to include some “call-to-action” instructions inside the game, like some text at the beginning that says “WASD to move, drill down”, then when reaching some depth another text that says “space to explode”, then “press F to upgrade” when you get enough minerals for your first upgrades.

The gameplay is fun and quite original, but it would benefit from a clear goal instead of just a highscore. Would entice to play the game longer than a few minutes.

I would love to see some combat mechanics, something like bugs trying to attack your vehicle, and you could use the explode ability to burn them off

The sounds are nice and quite complete but the game would feel better with some music. Have a calm ambient loop most of the time, then switch to a stressful rythmic one when the player is overheating!

You did this game with Godot right? I’m curious how you implemented the vehicle movement with the different parts chained to each other.

Anyway for a solo jam game it’s really good, congratulations on the great ranking for the jam!

By the way I like to stream indie games on Twitch to live test and review them. So if you have more polished games you’d like input on, feel free to hit me up on Discord (VikFro#4956)!

Really neat game and surprisingly really atmospheric. I never had too much of a challenge, but it ended up being more of a chillout game because of that.

Reply
The Green Worm70 days ago

Super fun! I love the creative stitch of the assets to make the digger.  I never really saw the "overheating" danger, but the difficulty curve as you go deeper is a great progression design.

The movement did seem to reach some sort of resonating oscillation at some points, where it would start wiggling. It was more entertaining than game breaking.

Thank you ! The overheating concept was hard to balance. The idea is that your driller is heated by lava and cooled by water. The driller gets red and you die when it's 100% red. The more lava you have near, the faster you heat up

Ohh okay, that makes sense. I thought I would overheat just from running into rock :D I guess I never got down deep enough!

Got it, but jokes on this game might become boring (Get it?) 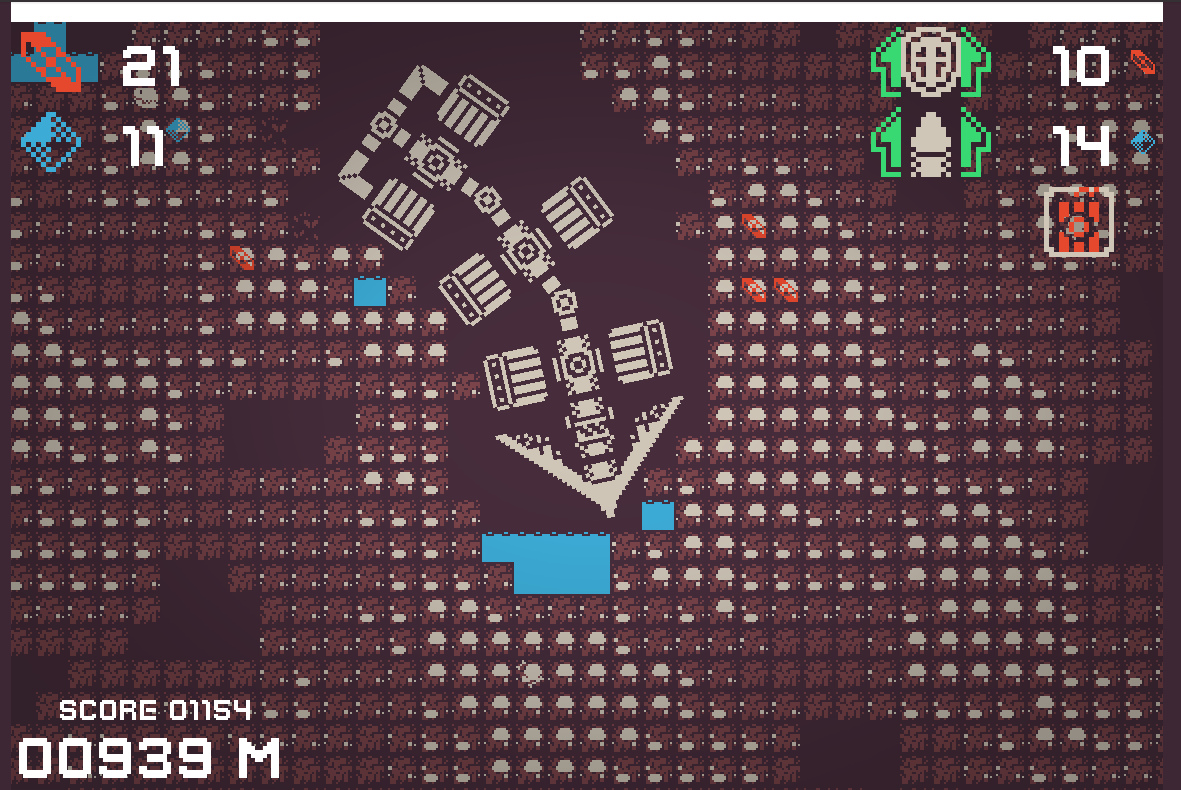 Thank you very much ! You are now the first best depth on the itchio page ;)

I had a little trouble moving forward sometimes but the concept is really nice and the sound design sticks well to the game !

Thank you ! yes at first it's not easy 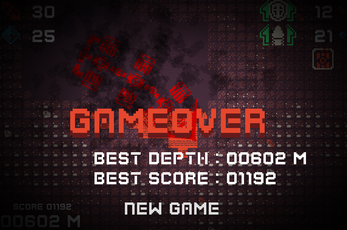 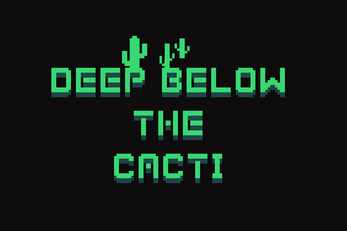 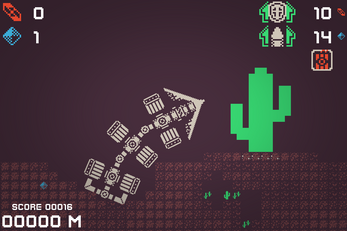